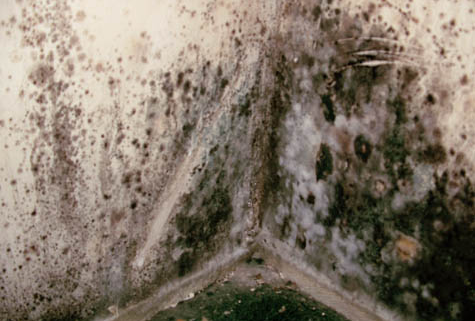 The classic joke goes that you should always invite mushrooms to a party because they are fungi (fun guys), but there is one fungus you don’t ever want to invite into your home, and that’s black mold. Black mold is a bad actor, a hazard to your health and that of those who share your home or work environment—wherever it is that the mold is growing.

The list of symptoms and conditions ascribable to black mold is lengthy indeed. It affects the brain, the respiratory system, the reproductive organs, the developing fetus of a pregnant woman, the skin, the muscles and joints, the digestive system, and more. In fact, there’s hardly a part of the body that isn’t subject to damage from black mold. But let’s look at a few specifics, some of them overlooked at times.

First of all, black mold, also known as toxic black mold is, like other molds, allergenic. This is one of the least dangerous but most common effects of mold. Among the effects it produces—and this is just a partial list—are difficulty in breathing, runny nose, sore eyes, sore throat, itchiness, and sneezing.

More troubling, and more scary, is the possibility that toxic black mold might cause cancer. The jury is still out on this one—an airtight case has not been made for or against—but what is known for a fact is that certain other toxic molds, including aspergillus, definitely do cause cancer. Aspergillus produces aflatoxin mycotoxins, which are among the most powerful carcinogens there are. Given that that is a known and indisputable fact, the odds are certainly great that black mold, too, is carcinogenic.

Not all people are affected by black mold in the same way or to the same degree. If you take four family members living in the same household where black mold is present, you might find one who displays only minimal symptoms—say, a runny nose and itchy, burning eyes—one who suffers from nausea and vomiting as a result of black mold exposure, one who has severe joint pain, and one with severe symptoms such as lapsing into a coma.

The reality is, though, that anyone, regardless of age, presence or absence of allergies, and current state of health, is at risk for symptoms and conditions ranging from annoying all the way up to fatal if they are exposed to black mold.