You are here: Home / mold growth 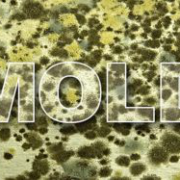 Many people buying a new home assume they’ll be in the clear when it comes to home damages. But sadly, mold damage in Boca Raton is not just limited to older homes. New construction properties can face mold damage or water damage in Boca Raton as well. If you suspect mold or water damage in your home, it’s time to call on our team at Restoration USA for the best remediation services. We can inspect, test, and remove your mold.

At Restoration USA, we know that mold damage can be a frightening prospect. It’s especially jarring in a new home. But, it’s not entirely rare. Boca Raton is home to considerably humid weather, and this humidity can contribute to mold damage. Mold is an organic material that keeps growing on its own, so it’s important to combat damage when you notice signs of mold in Boca Raton.

Mold damage takes many different forms. It may be caused by a variety of problems. Leaking pipes, flooding, rain, and roofing leaks are some issues which can contribute to mold damage in Boca Raton. Signs of mold damage include:

The best way to treat mold damage, of course, is to prevent it from occurring in the first place. With the right precautions, you can put yourself in the best position to prevent future water and mold damage in your home. At Restoration USA, we know that some preventative measures can help keep mold damage at bay. Ready to prevent mold damage in Boca Raton? Check out our tips for fighting mold:

With these tips, you’re well on your way to preventing water and mold damage in Boca Raton. Our professionals at Restoration USA are here to help treat water damage, fire damage, mold damage, and more. We offer expert restoration services, helping to get your home back to its best. Suspecting this type of damage in your home? Call our Boca Raton restoration experts today! 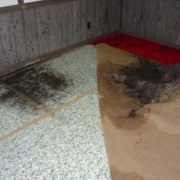 An In-Depth Look At Mold

Mold is a fungus that grows in the form of multicellular filaments called hyphae. For those that are unaware, a filament is a slender, threadlike object which is usually found in animals or plants. This is different from yeast because yeast is a fungus that can adopt a single-celled growth habit. Molds are a huge and genetically diverse member of the fungal species. Their growth symptoms usually include some discoloration and a fuzzy look to them, which is more common on food. The system of this tube shaped branching hyphae is called a mycelium and considered to be one single organism. The hyphae are usually see through, so the mycelium appears as very vivid, fluffy white threads over the surface.

There are tens of thousands of known species of molds. All of which have very distinct lifestyles including saprotrophs, mesophiles, psychrophiles and thermophiles and very few ambitious pathogens of people. All of them require moisture or humidity for growth and some species even live in aquatic habitats. Like all fungi, molds get their energy not through photosynthesis, but rather from the organic matter on which they reside, utilizing heterotrophy. In general, molds release hydrolytic enzymes. These enzymes deteriorate intricate biopolymers such as starches, cellulose, and lignin into more basic substances which can be absorbed by the hyphae.

Molds play a major role in causing the breaking down of organic material, which in turn enables the recycling of nutrients and energy throughout ecosystems. Molds can also grow on stored food for animals and humans, making the food inedible or toxic. Due to this, molds are a major source of food losses and illness. Many methods and techniques used for food preservation are attempts to prevent or slow mold growth as well as the growth of other microbes.

How Does Mold Reproduce?

Molds procreate by creating a large number of small spores, which may have either a single nucleus or be multinucleate. Mold spores can be either asexual, which is referred to as mitosis, or sexual, which is referred to as meiosis. Many types of mold can produce both types. There are some molds which produce small, hydrophobic spores that are genetically mutated for wind scattering and can remain airborne for long periods of time. In other molds, the cell walls are darkly colored, this provides them with resistance to damage by ultraviolet radiation. Other mold spores have slimy coats and are more suitable for water scattering. Mold spores are usually spherical single cells, but can also be multicellular and have different shapes. Spores may stick to your clothing or even animal fur and there are some which are able to survive extremes of temperature and pressure.

The Texture of Mold

The dusty look of the different kinds of molds is caused by the excessive production of asexual spores called conidia. They’re formed by the ends of the tubular hyphae. The type of shape and formation of these spores is commonly used to distinguish and classify the molds. A significant amount of these spores are colored, thus making the fungus stick out a lot more to the human eye at this stage in its life.

Molds induce the biodegradation of natural materials, which can be frowned upon especially when it comes to food spoilage or property damage. Molds also play important roles in biotechnology and food science in the production of various foods, beverages, antibiotics, pharmaceuticals, and enzymes. Some diseases that animals and humans extract can be an effect of exposure to certain molds. The disease may come from allergic sensitivity to mold spores, or from the growth of pathogenic molds within the body, or from the effects of consumed or inhaled toxic compounds made by the mold.

In environments created by man, such as buildings, the humidity and temperature are often consistent enough to induce the growth and expansion of mold colonies. The colonies are commonly seen as a fuzzy or furry layer growing on food or other natural surfaces. Even though molds can grow on dead organic matter anywhere in nature, their presence is only visible to the naked eye when they form fat colonies. A mold colony does not consist of secretive organisms but instead is an interconnected network of hyphae called a mycelium.

Very few molds can begin growing at temperatures of 39 °F or lower, so food is generally refrigerated at this temperature. When conditions do not permit their growth to take place, some molds can remain alive in a dormant, sleeping state. This is depending on the kind of species it is and can occur within a wide range of temperatures. The numerous different mold species vary tremendously in their tolerance to temperature and humidity conditions. There are certain molds that can survive harsh conditions such as the ice-covered soils of Antarctica.

Then, of course, there are the kinds of mold that can survive other conditions. Some can survive refrigeration, very acidic solvents, antibacterial soap and even petroleum products such as jet fuel. Xerophilic fungi are fungi that can thrive in environments with very low water levels. Xerophilic molds are able to grow in a relatively dry, salty, or sugary environment, where water pH levels are less than 0.85, meanwhile, other molds require more moisture.

There are specific mold groups meant for various studies. The Kōji molds are a group of Aspergillus species that have been cultured in eastern Asia for many centuries. These types of mold are used to ferment a soybean and wheat mixture to make soybean paste and soy sauce. Koji molds break down the starch in rice, barley, sweet potatoes, and more. This is a process called saccharification, which is also used in the production of sake, shōchū, and other distilled spirits.

Red rice yeast is a product of the mold Monascus purpureus grown on rice and is common in Asian diets. A study has shown that red rice yeast used as a dietary supplement, combined with fish oil and healthy lifestyle changes, may help reduce “bad” cholesterol as effectively as certain commercial statin drugs. There are even some sausages, such as salami, that integrate starter cultures of molds to help improve flavor and minimize bacterial spoilage during curing. Penicillium nalgiovense, for example, may appear as a powdery white coating on some varieties of dry-cured sausage.

If you suspect mold anywhere in your home, call Restoration USA for a free home evaluation. Call (866) 745-6428 or visit online at http://www.restorationusa.com for 24/7 emergency response to any questions you may have!