You are here: Home / Black mold

Its proper names are Stachybotrys chartarum or Stachybotrys atra, but you know it better as black mold, or, as it is sometimes called, toxic black mold…and if you don’t know it, you should, although let’s hope you never meet it face-to-face.

Actually you may have black mold spores in your house right now, but chances are that if your house is properly dry, the black mold spores aren’t growing. The problem normally arises after water damage occurs. When the air quality indoors is poor, such as after a flood, water leak, or other water damage, the spores of S. chartarum—black mold—can grow and multiply and release their toxins. Water-damaged building materials are among black mold’s favorite hosts—that is, environments in which to grow. They latch on to these surfaces and proliferate.

The effects on you range from mild to horrific. People with allergies are more inclined to react badly to exposure to black mold. Another determining factor is the length of the exposure and the number of spores that enter the body, whether through the nose or through the mouth (that is, by swallowing, rather than by breathing) or through the skin.

Black mold’s effects on the human body are wide-ranging, and may include chronic fatigue, headaches, fever, irritation to the eyes, mucous membranes of the mouth, nose and throat, sneezing, rashes, chronic coughing, nausea, vomiting, and in extreme cases, bleeding in the lungs and nose. The list does not end there, either. Allergic reactions, fungal infections, and poisoning by mold’s mycotoxins add to but far from complete the list. (A mycotoxin is a toxic secondary metabolite produced by a mold.) 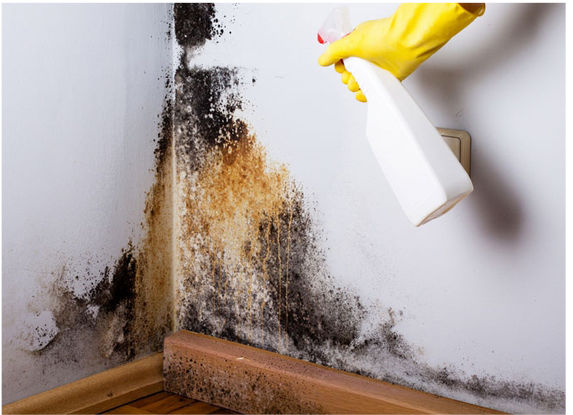 Black mold is an unwelcome visitor in your home or workplace, and one you should immediately take steps to eradicate. Your best ally is a mold removal specialist,who will arrive at your premises and don hazmat gear before doing battle with the foe.

Living in or working in an environment that has been contaminated by black mold is more than just foolish—it’s dangerous. Although black mold is most hazardous to young children, the elderly, the allergic, and people with compromised immune systems, the fact that no one in your family falls into any of those categories should not give you a false sense of security. Black mold is everybody’s enemy.

Know your enemy—and then take steps to conquer it. 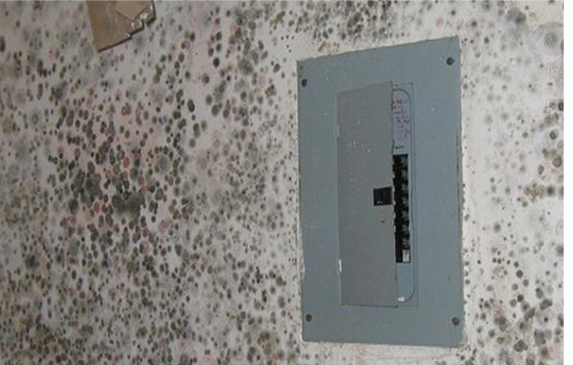 When you think of mold, perhaps your mind drifts to the blue veins in gorgonzola cheese, which indeed are a kind of mold. But those are friendly molds. Alas, not all molds are so benign. And some are particularly dangerous.

In this latter category, black mold is an outstanding example. Indeed, black mold is often known as “toxic black mold,” and it is truly dangerous to your health. Most at risk are young children, the elderly, those with compromised immune systems, and people with allergies. But while those are the highest-risk categories, the fact that you don’t fit one of those profiles doesn’t exempt you from the dangers that black mold presents.

The likelihood of and severity of your reaction will also depend on how long you were exposed to the spores’ toxins. Briefly visiting a home or business that has a black mold issue is not as likely to bring about as severe a reaction as actually living in, working in, or spending large amounts of time, for some other reason, in a home or workplace that has a significant number of black mold spores.

Let’s look at some of the mental and neurological symptoms, which can be among the most problematic of black mold’s issues. Toxic black mold produces mycotoxins, which are neurotoxic, or in other words, they kill off the brain’s neurons. As you can understand, this is deleterious to your mental functioning. In addition to impairing your brain’s ability to function properly, they can also cause mood swings, irritability, and other personality changes, and can even bring about tremors. 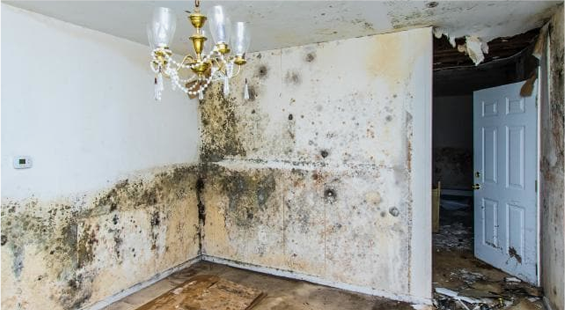 Get A Free Inspection Today

Call For A Free Evaluation

Send Us A Message